AIDS Under Pressure: Hyperbaric Medicine in the Management of HIV Disease
by Michelle ReilloGood basic discussion about the use of oxygen under pressure. Anyone interested in the immune system and generally keeping high resistance could benefit from this report on a valid study with “terminally ill” aids patients. Some of the technical charts and data may not interest the non-doctor reader but adds credibility to the text. The case histories and discussion on infective processes and the relationships they are finding between oxygen tissue content and the bodies mechanisms should be read.

Hyperbaric Medicine Practice, Second Edition
by Eric P. Kindwall”The concept of putting patients in a recompression chamber and raising the ambient pressure around them for therapeutic purposes was, at first, without scientific basis…”With this new Second Edition the best selling Hyperbaric Medicine Practice solidifies its position as the standard work in the field of clinical hyperbaric oxygen therapy. This reference has been widely acclaimed through the first edition. Written by a large team of accomplished specialists, the second edition retains the clinical and therapeutic orientation and comprehensive approach that countless practitioners have come to appreciate. At the same time it is extensively updated on every aspect of the field of hyperbaric medicine. With new developments in the field, four new chapters have been added to the book. This edition is comprehensive, authoritative, and up to date.

Hyperbaric Nursing
by Valerie Larson-lohr, Helen C. Norvell”Documentation refers to the preparation and maintenance of records that describe a patient’s care…”This superb text details the practical and essential information about the specialty of hyperbaric nursing. It is a long-overdue reference designed for the hyperbaric community from the combined efforts of the Baromedical Nurses Association membership and many dedicated nursing professionals. Destined to become a classic work, it is directed to hyperbaric nurses, physicians, technicians, clinicians, and anyone interested in this exciting medical specialty. It is another much-needed reference book in the field of hyperbaric oxygen therapy.

Hyperbaric Oxygen Therapy (Neubauer and Walker – Dr. Morton Walker Health Book)
by Richard A. Neubauer, Dpm Morton WalkerWhat do people who suffer strokes, multiple sclerosis attacks, and severed limbs have in common?…”…a look into how HBOT heals damaged tissues, promotes faster and cleaner healing of wounds and burns, fights infections, and aids in the recovery of strokes, radiation damage, and head and spinal chord injuries.Europeans have done more research than Americans have on hyperbaric oxygen therapy–HBOT–and Europe has more and better facilities for it than the U.S. has. Italy, Belgium, and Russia are the HBOT pioneers; meanwhile, in the U.S., most doctors did not learn about HBOT in medical school, there is a shortage of proper (often costly) facilities, and more research is needed. Neubauer and Walker seek to foster public awareness of HBOT, so that patients will ask their doctors about it and thereby spur increased U.S. medical awareness. HBOT works primarily by forcing oxygen into blood plasma rather than blood cells. Neubauer and Walker describe several conditions for which HBOT has proven useful and safe, including healing serious wounds, preventing gas gangrene and related amputations, and treating brain and spinal cord injuries. They strain a bit, though, when they say HBOT can treat AIDS; what it really does is help heal Kaposi’s sarcoma. Most of their references are, creditably enough, to articles in top-drawer medical journals. William Beatty

Hyperbaric Oxygen Therapy in Otorhinolaryngology
by N. Yanagita, T. NakashimaThis volume presents important new scientific data on hyperbaric oxygen (HBO) therapy, a technique already in clinical use in the field of otolaryngology, head and neck surgery. As well as examining present-day applications, leading specialists look at possible future indications of this therapy and pay particular attention to otological complications caused by HBO therapy. Idiopathic sudden sensorineural hearing loss, noise-induced hearing loss, and tinnitus are challenging problems for otologists because of the difficulties in finding the right treatment for many cases. The effectiveness of HBO therapy in treating these disorders is described in detail, in addition to its role in the management of bone-anchored reconstruction with titanium implants in irradiated head and neck cancer patients. Another new indication for HBO therapy in the field of otology, is facial palsy, which is closely examined in this book.

Oxygen Healing Therapies : For Optimum Health and Vitality
by Nathaniel AltmanA revised and expanded edition of the bestselling book that provides a comprehensive view of bio-oxidative therapies in the context of holistic health.

Scientists recognize that most disease states are caused by oxygen starvation at a cellular level. We receive most of our oxygen from the air around us, but breathing isn’t always enough. With the new bio-oxidative therapies you can actually generate more oxygen in your body to achieve optimum health and longevity.
Oxygen Healing Therapies is the only book to place bio-oxidative therapies in the context of holistic health. Now updated and expanded to include recent discoveries, it assembles all the most reliable information about the therapies, how they work, and what they do to promote the healing process. Among these discoveries are medical ozone therapy and its promising effects on diseases such as cancer, osteoporosis, and hepatitis, and intravenous hydrogen peroxide therapy, which has had significant success in treating influenza, candida, and malaria. The author also shows how you can enhance the effectiveness of the different treatments through diet and the use of minerals, herbs, exercise, and visualization.

Oxygen Multistep Therapy: Physiological and Technical Foundations
by Von Ardenne, Manfred von ArdenneTranslated by Paula Kirby and Winifred Kruger from the 4th German edition. Prof. Manfred Von Ardenne, a leading scientist of the former German Democratic Republic with 600 patents, 30 scientific books and innumerable articles to his credit, celebrated his 90th birthday at his famous institute and clinic in Dresden-WeiBer Hirsch on 20th January 1997. This classic textbook on Oxygen Multistep Therapy (O2MT) which is now practiced in several hundred clinics and health spas in about 12 European countries belongs into the hands of every practitioner and researcher seriously interested in oxygen therapies.

Oxygen: Nature’s Most Important Dietary Supplement
by Stephen R. KraussOxygen is perhaps the most important element on the planet. It is the key to life. It possesses sanitizing, disinfecting, preserving, and deodorizing properties. Oxygen: Natures Most Important Dietary Supplement, looks at the remarkable properties of oxygen and why oxygen is so important to a healthy body.”Oxidative stress is a condition in which reactive oxygen species(R.O.S.) are not properly balanced by increased oxygen-processing enzymes and free radical scavengers. Common sense would seen to dictate that the more oxygen delivered to the cell the greater its susceptibility to reactive oxygen damage. However, the fact of the matter is that the opposite is true. Mr. Krauss explains the relationship between oxygen, free radicals, and overall health in a simple, yet powerful, way. A “Must-Have” book for nutritionists and health care professionals.” Nicholas Rana, C.N.

The Oxygen Revolution: Hyperbaric Oxygen Therapy: The Groundbreaking New Treatment
Dr. Paul G. HarchDr. Paul G. Harch’s research and clinical practice has shown that this noninvasive and painless treatment can help the tens of millions of Americans who suffer from a brain injury or disease, such as:

For the millions of Americans suffering from these seemingly “hopeless” diseases, here finally is the handbook of hope. Inspiring and informative, it is the definitive guide to the miracle of hyperbaric oxygen therapy, from a pioneer in the field.

PAUL G. HARCH, M.D., is a hyperbaric medicine, diving, and emergency medicine physician who is a Diplomate of the American Board of Hyperbaric Medicine.The first President of the International Hyperbaric Medical Association and a semi-finalist for the National Institutes of Health Director’s Pioneer Award, he has seen the positive effects of HBOT firsthand through the treatment of family members with stroke, dementia, and learning disability. A graduate of Johns Hopkins University School of Medicine and Director of the Louisiana State University School of Medicine’s Hyperbaric Medicine Fellowship Program, Dr. Harch currently divides his time between international consulting, lecturing, and his practice and research in the New Orleans area.

Oxygen to the Rescue: Oxygen Therapies and How They Help Overcome Disease, Promote Repair, and Improve Overall Function
by Pavel YutsisThroughout the world-in China, Japan, Cuba, Canada, Russia, and most of Europe-healing therapies using oxygen, ozone, and hydrogen peroxide have been common for treating a wide array of diseases, including cancer, HIV/AIDS, and arthritis. Yet in the United States, where the mainstream medical community is dependent upon funding from the pharmaceutical industry for research and physician training, these highly efficacious and relatively inexpensive therapies have been largely ignored. Dr. Pavel Yutsis, Medical Director of the CAM Institute for Integrative Therapies, has been using these bio-oxidative techniques for more than twenty years, from the beginning of his career in his native Russia. In Oxygen to the Rescue, Dr. Yutsis explains the difference between oxygenation and oxidation. He describes the four main types of oxygen therapy: – Hyperbaric Oxygen Therapy (HBOT) – Hydrogen Peroxide Therapy – Ozone Therapy – Photoluminescence-or ultraviolet radiation of blood (UVIB), and discusses conventional uses versus experimental/controversial uses for each, as well as the means of administering these therapies. For example, HBOT is typically used by mainstream medicine to promote healing of burns and skin grafts, as well as to treat carbon dioxide poisoning and smoke inhalation. Hydrogen peroxide delivers oxygen to the blood and makes it possible for the body to use oxygen more effectively. It regulates sugar, enhances immune system function, and helps cells produce energy. Oxygen to the Rescue provides both the findings of scientific research and anecdotal evidence demonstrating that these underused therapies deserve to be acknowledged among frontline medicine in the United States. 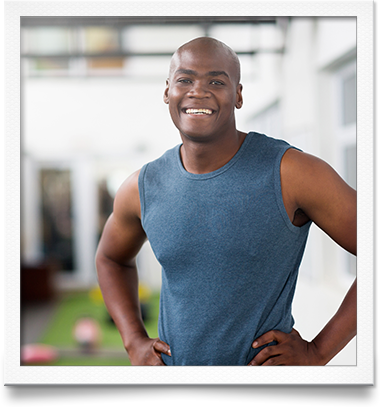